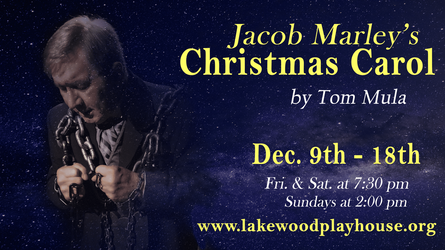 Dear Friends, Patrons, and Artists
Thank you for your patience and continued support as Lakewood Playhouse undergoes a transition with a new Managing Artistic Director and staff.

OUR 84TH SEASON IS OFFICIALLY UNDERWAY!
​
​
JACOB MARLEY’S CHRISTMAS CAROL, by Tom Mula
Opening on December 9th and closing on December 18th, 2022
“Marley was dead, to begin with…” — and what happens to Ebenezer Scrooge’s old business partner after that? Chained and shackled, Marley is condemned to a hellish eternity. To escape his own chains, Marley must first redeem Scrooge. So begins a journey of laughter and terror, redemption and renewal, during which Scrooge’s heart, indeed, is opened; but not before Marley—in this irreverent, funny and deeply moving story—discovers his own.
​ 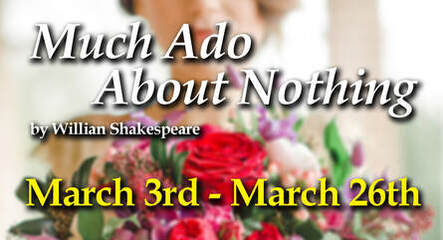 ​ MUCH ADO ABOUT NOTHING, by William Shakespeare
Opening on March 3rd, 2023 and closing on March 26th, 2023
This romantic comedy revolves around two romantic pairings that   emerge when a group of soldiers arrive in Messina. The first, between
Claudio and Hero, is nearly thwarted by the the villain, Don John. The
​ second romance, between Beatrice and Benedick, takes center
​ stage, with both characters' wit and banter providing much of the   humor. 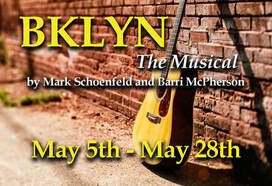 BKLYN  -  THE MUSICAL, by Mark Schoenfeld and Barri
McPherson
Opening on May 5th, 2023 and closing on May 28th, 2023
BKLYN The Musical is a story within a story. On the outside you have
​   a troupe of street performers sharing stories from their lives, and tell
the story of a young girl who comes to the U.S. to find the father she
never knew. Together these stories create a show that is both
​   touching and inspiring.
FENCES, by August Wilson
**New Dates Coming Soon**
In 1987 FENCES won four Tony Awards including Best Play, three Drama Desk Awards including Best Play, and the Pulitzer Prize for Best Play. This sensational drama centers on Troy Maxson, a former star of the Negro baseball leagues who now works as a garbage man arts in 1957 Pittsburgh. Excluded as a black man from the major leagues during his prime, Troy's bitterness takes its toll on his relationships with his wife and his son, who now wants his own chance to play ball. ​